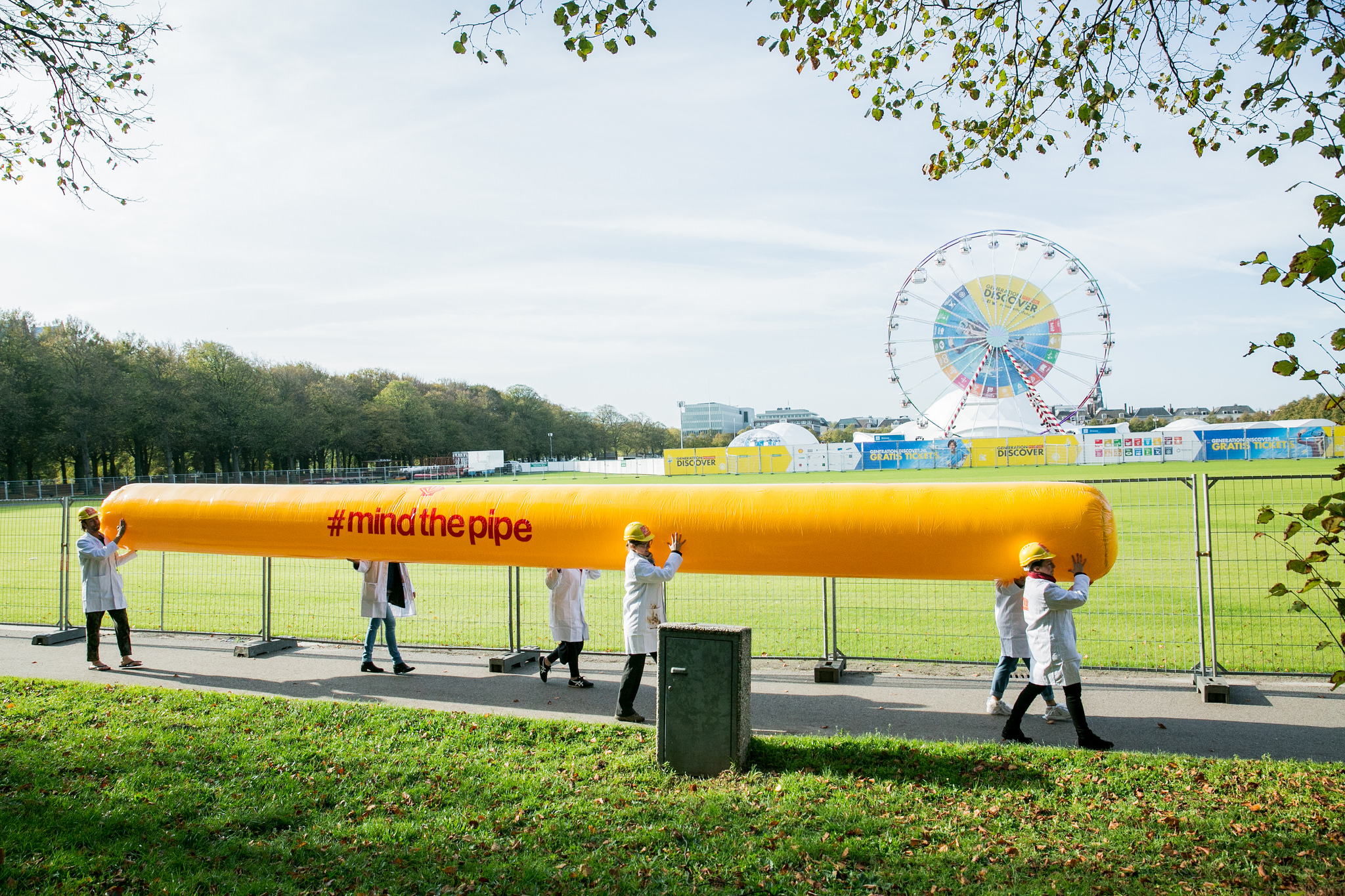 Schoolkids who went to Shell’s science festival Generation Discover with their class, had to sign away their privacy rights and were sworn to secrecy in a declaration, before they could attend said festival. That is apparent from a contract that grassroots movement Fossil Free Education obtained. Lawyers are shocked by the contract and Dutch political Party for the Animals is asking for a clarification from three different ministries. Fossil Free Education: “This contract is extremely inflexible. Shell can use the images of the kids any way it sees fit. This proves that the festival is nothing short of marketing aimed at kids.” The grassroots movement calls on Shell to declare all contract invalid.

“This contract is inappropriate at a festival aimed at kids. It allows Shell to sue parents for breach of contract if their kids tell grandma or post on social media about the festival,” according to lawyer Etienne Prins from Utopie Lawyers. “And kids give up their portrait rights. Everybody is free to enter into a contract within the boundaries of the law, but this doesn’t fit a festival aimed at kids. Furthermore the contact is made according to English law and states explicitly that only English and Welsh courts are competent. This makes it near impossible to start a procedure against Shell.”

The grassroots movement Fossil Free Education is shocked by the contract for the free festival. “This contract proves: there is no such thing as a free lunch”, says Fossil Free Education’s Femke Sleegers. “Shell can use the images of these kids globally for ads and everything they deem fit. Kids can see themselves as a posterchild for a 98% fossil fuel-based multinational that is on a collision course with their future. If kids or their parents object to that they will have to go to court in England. Shell must declare these contracts invalid and destroy all images of the kids.”

Party for the Animals will ask for clarification from three different ministries: Education, Homeland Affairs, which is responsible for the General Data Protection Regulation and the Justice department. Sleegers: ´It is rather wry that the Secretary of the Justice department Grapperhaus was present at the festival to warn children about online privacy”

Fossil Free Education got hold of the contract after several parents and children complained about it. Multiple parents told that everybody in their kids class refused to sign the contract. With Generation Discover (which is part of the Make the Future-campaign) Shell aims at 8 to 14 year old children. Classes with children as young as 6 were present at the festival.

Fossil Free Education wants to protect schoolkids against the growing influence of the fossil fuel industry at schools. “Fossil fuel multinationals like Shell provide schools with ready-made lessons and guest teachers. This has the purpose of securing their fossil-based business model for the future”, according to Sleegers. “This directly opposes the interests of children, who will benefit from a fast energy transition.”

(Informal) translation of the contract of Shell for Generation Discover

I agree with the terms and conditions mentioned below:

Signature of the contributor 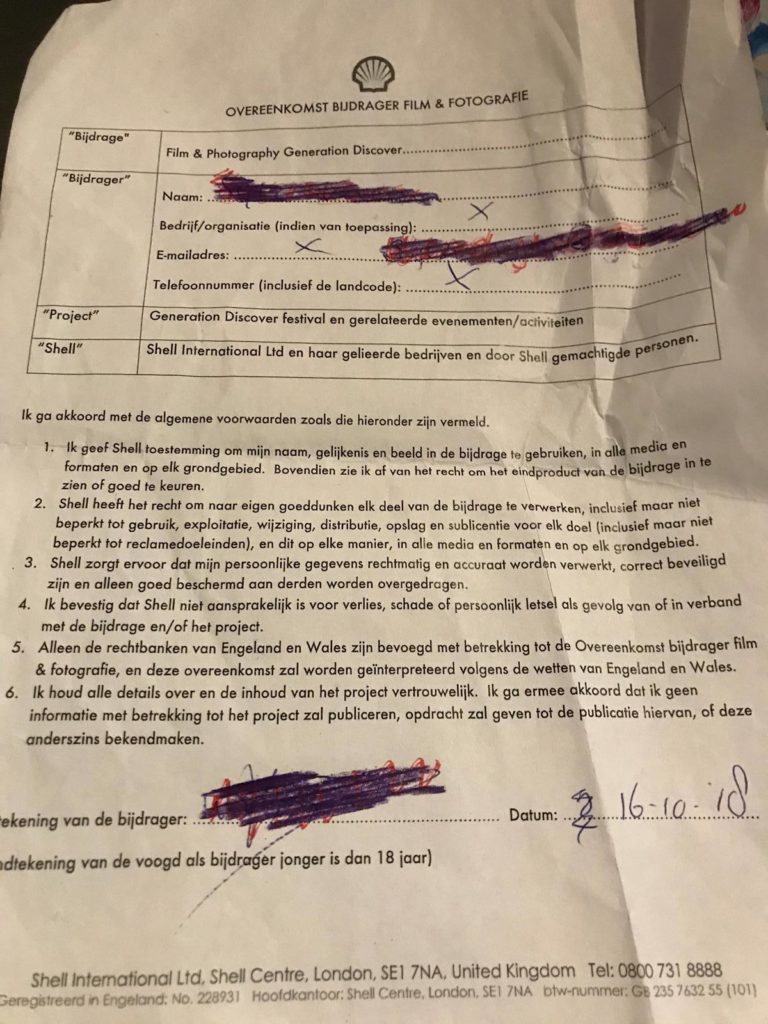